The brand Columbia River Knife and Tool sometimes referred to as CRKT, is among the leaders in knife production. This model, the M16, is among their most popular offerings, and it presents buyers with a chance to own a quality piece of equipment at an affordable price. The M16 is a small folding knife which is suitable for everyday carry duty, and it carries a price tag that makes it much more affordable than many other options in this market. 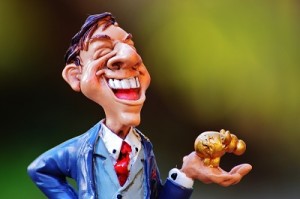 Value for Your Money

Many of the most popular EDC knives on the market today come along with a pretty hefty price tag, which can send some buyers away even if they love the product that is being offered. That isn’t the case with the M16. This is a knife that can frequently be found for a lower price (in the 3-inch blade model). Considering the technology and quality parts that are used to construct this knife, the price is a major selling point.

The M16-10KZ is a lightweight, compact knife that will easily slide in and out of your pocket. It weighs only 2.4 ounces, making it one of the lightest everyday carry candidates that you are likely to encounter. Those who are looking for a knife which will easily be stored away and yet is always there when you need it; the M16-10KZ is a pick that could make a lot of sense.

There are plenty of strong reviews that support this product, with only a couple of minor complaints to be found along the way. Many of the reviewers find this to be a well-constructed knife with a beautiful tanto blade and easy opening thanks to the Carson Flipper. Also, the combination of a straight and serrated edge wins some praise as well, considering the versatility that this gives the knife.

The main complaint that is to be seen on this knife regards the AutoLAWKS system. This is a system which is meant to secure the knife when it is open, but it seems that it might work a little too well for the tastes of some buyers. A few have complained that the knife is difficult to close due to this safety feature. While it might be frustrating to have to wrestle with the knife to get it closed, there are plenty of things worse than a safety feature which works too well.

The blade is supposed to be prevented from closing accidentally on your hand when the AutoLAWKS system is in place, and it appears that it does its job nicely. For a moderately priced folder that is well-suited as an everyday carry knife, the M16-10KZ is an easy product to recommend.

Columbia River Knife and Tool is a respected brand in this business, and their M16 line is a popular one to be sure. Before you make a purchase of any knife that you are going to use for an EDC, be sure to at least consider one of the M16’s.